What is an ISPO ?

An ISPO or Initial stake pool offering, is a revolutionary new way introduced in Cardano to reward stakeholders with project tokens in exchange for the rewards granted by the Cardano network to the stake pools.

In this process, the project spins up its own stake pool(s). And when there is enough delegation from the community to this stake pool, then the pool mints blocks and is rewarded in ADA. Normally delegators get the rewards in proportion to their delegation to the pool. In the ISPO pool normally the rewards are taken by the project. In exchange, the tokens of the project are given in a predetermined exchange ratio, to the delegators. What are the advantages of an ISPO ?

What are the advantages of an ISPO ?

The main advantage is that the delegators do not need to sell their own tokens, instead they exchange the rewards from the cardano network in order to participate in the project being built on this network.

Normally in the times of ICO people and mostly large investors used to get preferential shares of the early-stage project tokens. And it was literally not possible to have a fair token distribution. It was quite common that artificial queueing etc had to be done and finally there was no guarantee for getting the tokens. Compared to that using the ISPO pools even the smallest delegators will get the tokens at the end. Hence it leads to a fair distribution of project tokens with a long tail distribution (depending on the delegators) to all participants. How to participate ?

Delegation of the stakes requires a wallet that is supported within cardano ecosystem. Here is the list of wallets for reference: https://ccvault.io , https://daedaluswallet.io/ , https://yoroi-wallet.com , https://eternl.io/ to name a few. In order to participate in the ISPO, you need to delegate to the stake pool(s) of IRONSKY GAME . In return you will be rewarded with the $ISKY tokens at the designated time after ISPO ends.

As per the rules of staking, there is a gap of 2 epochs before the new stakes are recorded for delegation. And rewards are calculated at the end of epochs, so the current epoch is not considered in this reward calculator.

The total token supplied is 1 Billion

ISPO is the fairest way to democratize the participation in initial token distribution, and allows a proportionate distribution of value across all segments of investors. A fixed number of tokens will be allocated for this channel of value distribution. Share tokens with ADA coin holders and the Cardano community. Participants in the contribution of ADA shares in the IRONSKY GAME pool. 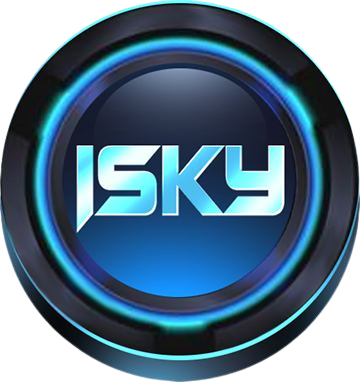